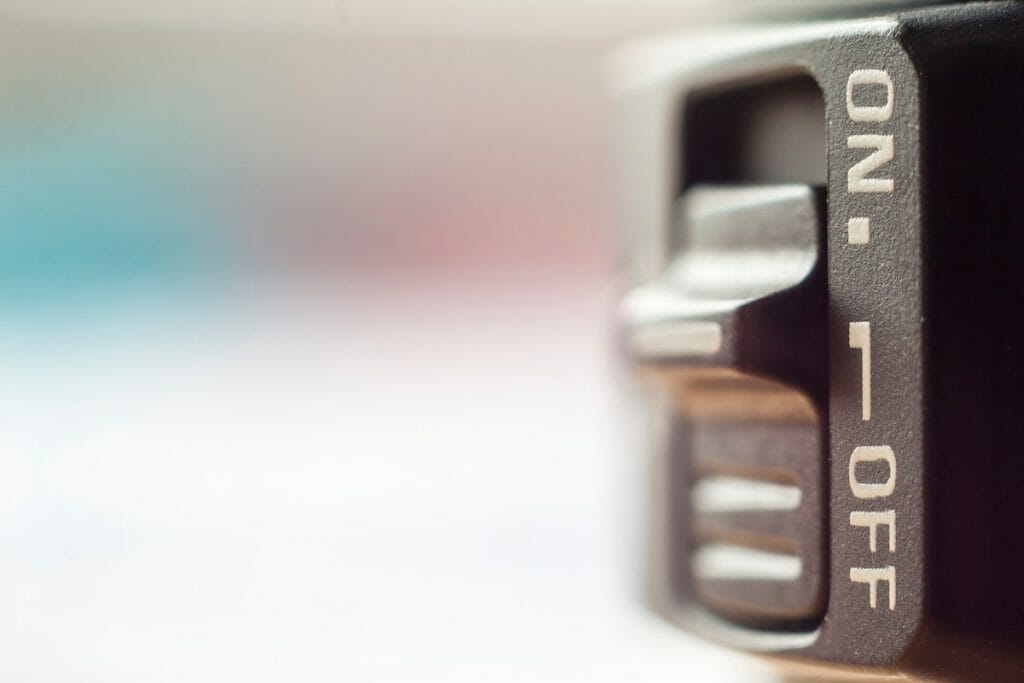 A Tech Sabbath? You Can’t Be Serious!

Many of us probably receive more birthday wishes via Facebook and text message than we do verbally. However, while this type of messaging allows us to easily reach out to many people instantly, it’s very impersonal when compared to a telephone call, a handwritten note, or a face-to-face visit.

While few would argue that tablets, cellphones, laptop computers, and the Internet are bad, these devices have altered our lives and culture tremendously. Further complicating matters, these technologies have invaded our family time, our private sanctuaries, and even our sleep! How? They enable the expectation that we are always reachable, always connected, and always online.

But is this wired mentality really a good thing in the long run? As an early adopter of these technologies and an Internet user since the early 1990s, I asked this question of myself several months ago. In essence, the question was reduced to whether I should challenge the 21st century wireless norm. I believed so. The surprising result has been (and continues to be) a critical exploration of what is really important in life and why.

When I first embarked on this challenge, I learned of someone taking a “tech Sabbath,” or a day of rest from certain technologies. At first, that concept sounded almost frightening and completely unworkable. How could this be for me, I thought? I own an Internet business and can’t afford to go “off the grid” even for a few hours I assumed. However, at the same time there was a certain appeal to unplugging and doing something “old school” and without interruption. So the challenge began with a mixture of fascination, doubt, and questions.

Stepping back from technology, though, isn’t easy once one becomes accustomed to its pull. Information can be like caffeine to those “in the know.” It’s hard to go dark and fall behind one’s wired peers. After that challenge there remains many practical how-to-implement-this-new-lifestyle-change questions that begin to pile up.

The results I found suggest that many of these questions are indeed legitimate ones and really do require an answer. Others, however, are very difficult to solve and remain essentially unanswered today. In my journey, though, I can look back and see that over time I’ve eased into a shaky new habit of enjoying one day each week where I skip email, the Internet, and even the iPhone (mostly). Admittedly, my tech Sabbath probably doesn’t look like anyone else’s. And a more accurate way to describe my process probably would be that I’m still working through practical ways to take a personal tech Sabbath – essentially to create one that works for me.

In arriving at the point of taking a “more or less regular” tech Sabbath, I’ve learned some important lessons. The benefits are definitely real and I find I can focus better on other things during this time. I especially find it mentally refreshing to not be on call and not feel guilty about ignoring electronic communications for a few hours each week.

So, with this in mind, I’ve tried to answer some common questions and relate some of my experiences below. Perhaps you can draw upon my story and find something that works for you. In short, I hope you too can find your weekly day of rest from technology overload.

Basically, it means I get up and go about a near-normal routine but don’t check email or Facebook. I often do something outside and leave my cellphone in the house. In fact, I may not look at it for most of the day.

I also generally stay away from screens requiring input. That means computers, tablets, and cellphones. An exception would be games with the kids but only occasionally as I think a tech Sabbath is good for children also. Specifically, during this time I try not to use the computer or any electronic devices for things I consider work.

When do I take my tech Sabbath?

The Sabbath is of spiritual origin and has particular significance in Judaism: following the six days of Creation God rested on the seventh day and set it apart as a perpetual day of rest for each week. Interestingly, the Jewish Sabbath begins at sundown on Friday and lasts until sundown on Saturday. While I’m not Jewish, I found this model particularly intriguing and explored it further.

This sundown-to-sundown concept actually works very well for my tech Sabbath. It gives me enhanced socialization opportunities with family and friends on Friday evenings and time for other activities or rest during the daylight hours of Saturday. After 24-hours of limited technological exposure, I am ready to catch up and find out what happened while I was away so to speak.

How long did it take to get into the tech Sabbath habit?

As I mentioned earlier, I eased into this concept over time. I started with baby steps by deliberately ignoring my cellphone for parts of Saturday. Over several month’s I expanded this to longer timeframes and different technology platforms. I also experimented with various schedules before essentially adopting the Jewish Sabbath model of sundown to sundown.

What about phone calls and text messages?

Voicemail can be a real asset for tech Sabbath fans when you put your phone down. Text messages also don’t go away so nothing is lost. Also, as a safety measure, I may do a quick look (or ask my wife to look) to see if I’m missing anything important that could constitute an emergency. Essentially everything else can wait until Saturday night.

Yes, but not nearly as much for me on Friday evening and Saturday as most other days of the week. And, as an added benefit, after 24-hours of rest from email I’m more ready to tackle my inbox.

Won’t people think you are ignoring them?

Maybe at first but you can announce on your Facebook status that you are on a tech Sabbath and so won’t be available via mobile and web platforms for 24-hours. You can auto-respond to text messages noting this is your tech Sabbath day of rest if you feel the need. After a few weeks your friends (and boss?) will likely to get the point and will probably work with you on this.

Ancient Jewish law recognized exceptions for emergencies on the Sabbath and allowed work to remedy them. In fact, Luke 14 records Jesus discussing such Sabbath day emergencies with an example of pulling out an ox that fell into a pit – hence the origin of the contemporary “ox in the ditch” expression you may sometimes hear for people working on Sundays.

The reality is emergencies happen and that’s why they are called emergencies. They have to be dealt with and so everything else is dropped to address them. For most, though, the challenge is probably calling ineligible things emergencies and, over time, eroding their tech Sabbath into non-existence.

How rigid am I? Are there exceptions?

Personally, I’m not very stringent about my tech Sabbath practice because that wouldn’t feel like rest. The point of the Sabbath (and a tech Sabbath) is to provide a day of rest. If I sweat over this then I’m not resting. If I’m not resting then there is no Sabbath and so why am I going through the motions for nothing? Therefore, I try to live with a tech Sabbath mentality and, over time, I find that I’m actually living this goal most weeks.

Shifts in my routine can disrupt the week and eat up my tech Sabbath. Travel skews things for sure as does the need to “be on call” for someone. However, many cellphones allow you to create a list of numbers whose calls can go through while others are muted so that can help.

What are the benefits?

I’ve found that it’s easier to focus on family, home projects, and outside activities. If my iPhone isn’t with me then it’s impossible to pull it out when the conversation naturally lulls. It’s easier to garden and enjoy the outdoors when the technologies of the indoors are not pulling at me. And thinking of life in these terms, I can honestly say that a tech Sabbath makes it easier to stop and smell the roses!

In conclusion, my tech Sabbath is new and still in development stage. In fact, you could probably say I’m in tech Sabbath beta mode! However, I can assure you that it works most of the time and produces some very positive mental and family benefits of which I’m very grateful. I now encourage you to see if observing a tech Sabbath would be of benefit to you.

Author’s note: This article by Mike Allen was originally published in the August 2013 issue of For the Family Magazine. Cosmetic updates to post on 23-Apr-2020.